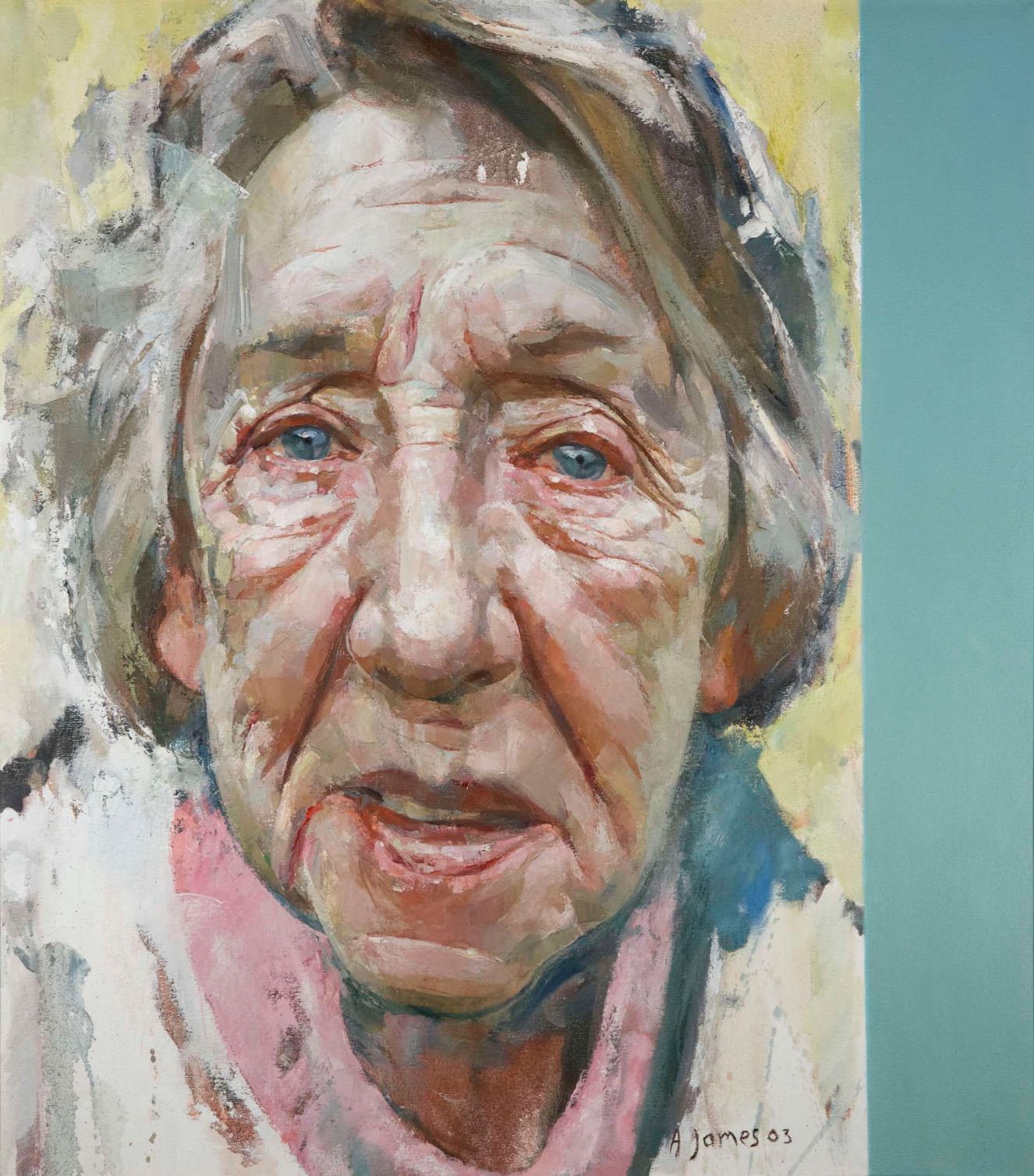 This event is also the first session of a portrait workshop which continues immediately after lunch. Click here for details of Andrew's workshop.

Andrew James paints in front of an audience with a quiet and intense assurance which is truly unusual. He doesn't compromise or fudge. He relies on the acuity of his drawing and invariably makes something out of the ordinary. It's a kind of high wire act of observation.

The most compelling quality in Andrew’s craft is his unique and vital relationship to paint itself. This strongly sets him apart from so many of his peers. He has always understood what paint is and what it does. His marvelous handling of pigment has been hard won, with a great deal of his time and focus being spent at the canvas. Yet, it is this hypersensitivity to his medium as an organic thing in itself which distinguishes his painting. Andy's book 'Painting Self-Portraits' is published by The Crowood Press.

Based in Royal Tunbridge Wells, Kent, Andrew James is a highly sought after Artist, who has worked on many prestigious commissions of public figures. Winner of the Carroll Foundation Award in 1998 and of BBC’s Star Portraits with Rolf Harris, Andrew was elected Vice–President of the Royal Society of Portrait Painters in 2008 and a member of the New English Art Club in 2017.

2017 Elected a member of the New English Art Club

2011 Winner of the Artists Award, Royal Birmingham Society of Artists

2008 Elected Vice President of the Royal Society of Portrait Painters

1998 Winner of the Carroll Foundation Award for the portrait Ivy Cole, Royal Society of Portrait Painters