We are delighted to share a new series of paintings by Robert Hardy.

scroll down to view paintings

We know of two painters who hail from Salford (and apologise to all the others), Robert Hardy (b.1952) and Laurence Stephen Lowry (1928 – 1976). Hardy, unsurprisingly, cites Salford Museum and Art Gallery’s collection of Lowry’s work as an early influence and if one looks, for instance, at Hardy’s 2018 painting ‘Under the Arches’  (above) that influence is evident; the urban landscape, the throng of people, and the seeming simplicity. Noting the similarities is fairly straightforward but teasing out the differences is more illuminating.

Hardy’s people are individuals, or at least representatives of different cultures and types. There is engagement and interaction within the crowd, sometimes touching, sometimes violent. There is even intercultural dialogue. There are narratives to be curious about, two shoppers carrying bags from the well-known designer stores, Faith, Hope and Love, are being mugged. Another couple, possibly Mr. & Mrs Hardy themselves, hold hands and gaze, if not directly back at the observer, then certainly out of the scene in which they feature.

The painting is flat but the people are palpable, there is human warmth here. In contrast, Lowry’s paintings have depth but the people are strangely cold. His people don’t speak to each other nor do they seek to communicate with the observer, the outsider. These figures are taciturn Northerners. As Lowry himself observed, "Natural figures would have broken the spell of my vision, so I had to make them half-real." That vision is doleful, and it is that which most clearly marks the difference between the two painters. Hardy’s people, as he did himself, have left Salford and settled in a more garrulous and prosperous London. It’s clearly not heaven on earth but there is a different kind of light and there is more optimism in Hardy’s painted world. Then, like an emblematic seal on that difference, one notices an angel in the top right-hand corner of Hardy’s painting. That angel wouldn’t be seen dead in a painting by L. S. Lowry.

We have followed, and in a modest way collected the work of Robert Hardy for some years. Angels started to appear in his paintings in the early eighties. We first saw them some years later hovering over very simple city skylines or floating above kitchen tables. I think we coveted these small, simple compositions because they marked the transcendent in our house and they do so in a very understated, matter of fact way. These angels are not possibilities, they are both ethereal and present.

In this latest series, ‘Diamond Angels’, Hardy offers us a glimpse of an uncluttered, unpeopled, angelic place. The architecture is reduced to abstract geometry, the crowds have left and the angels themselves are central to the composition. These emissaries of the sublime are framed in diamonds, rhomboids or squares, they inhabit geometry. They are not advocates, or polemicists, or commentators, they are just angels. One could gild and adorn and embellish them but it’s clear all that wouldn’t make them any more actual or real. Perhaps they are talismanic, I don’t know, but one might be excused for thinking that devils are abroad, in a variety of shapes and guises.

‘Every home should have one’

During the last months we have been obliged to pause and many of us have taken the opportunity to unclutter and to reconsider. Robert Hardy has suggested that these paintings are emblematic of a safe place within oneself. Perhaps this is exactly the moment to have one of these pictures in your newly ordered homes.

to make a purchase or arrange a viewing please contact Josephine

All the paintings are sold without frames* unless otherwise indicated.

*Most of Robert Hardy's paintings have a painted edge or 'frame'. They are conceived as objects complete in themselves and hence are offered without a frame. If, however, the buyer would prefer to have a painting framed we are happy to offer a bespoke service. 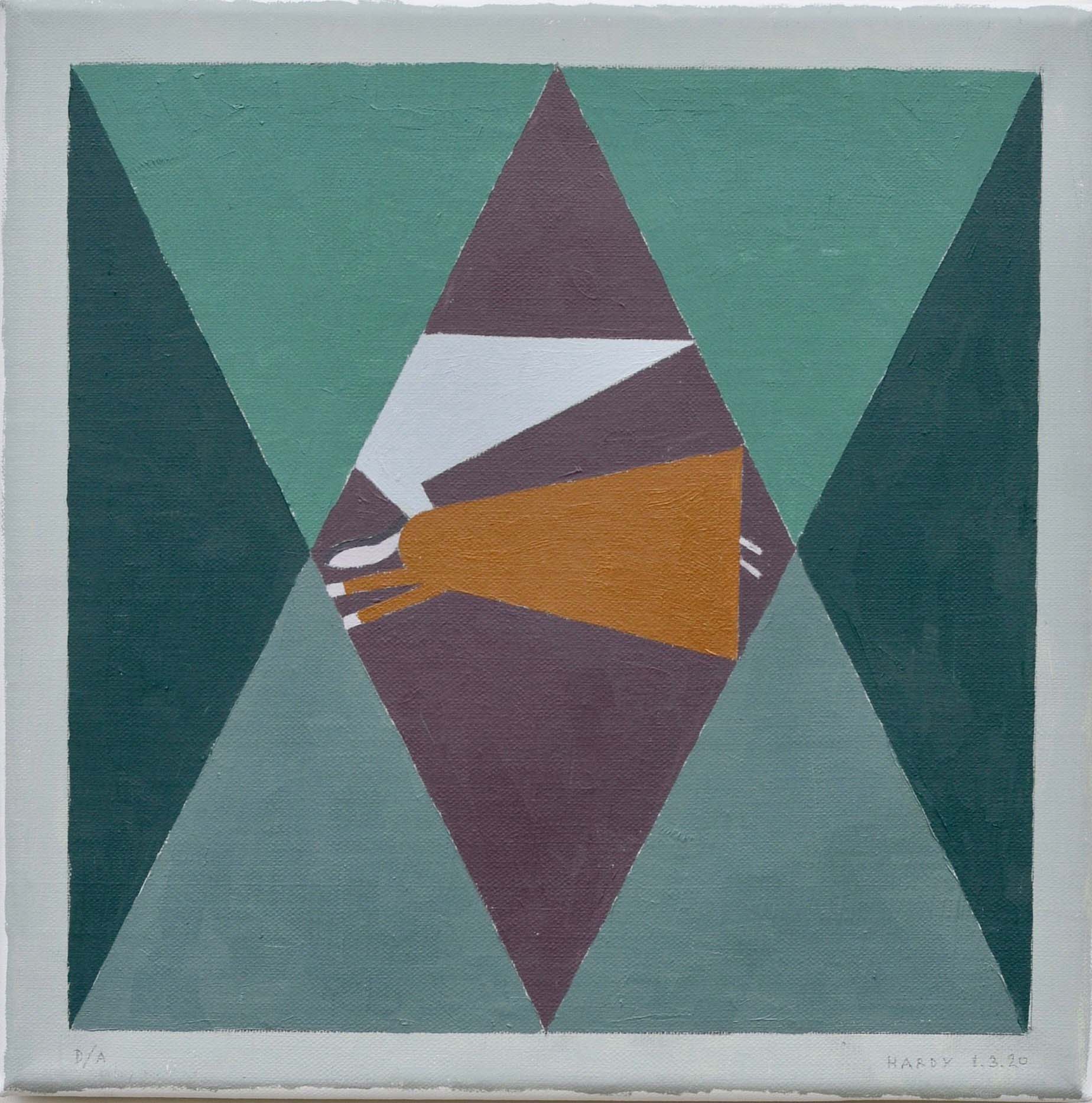 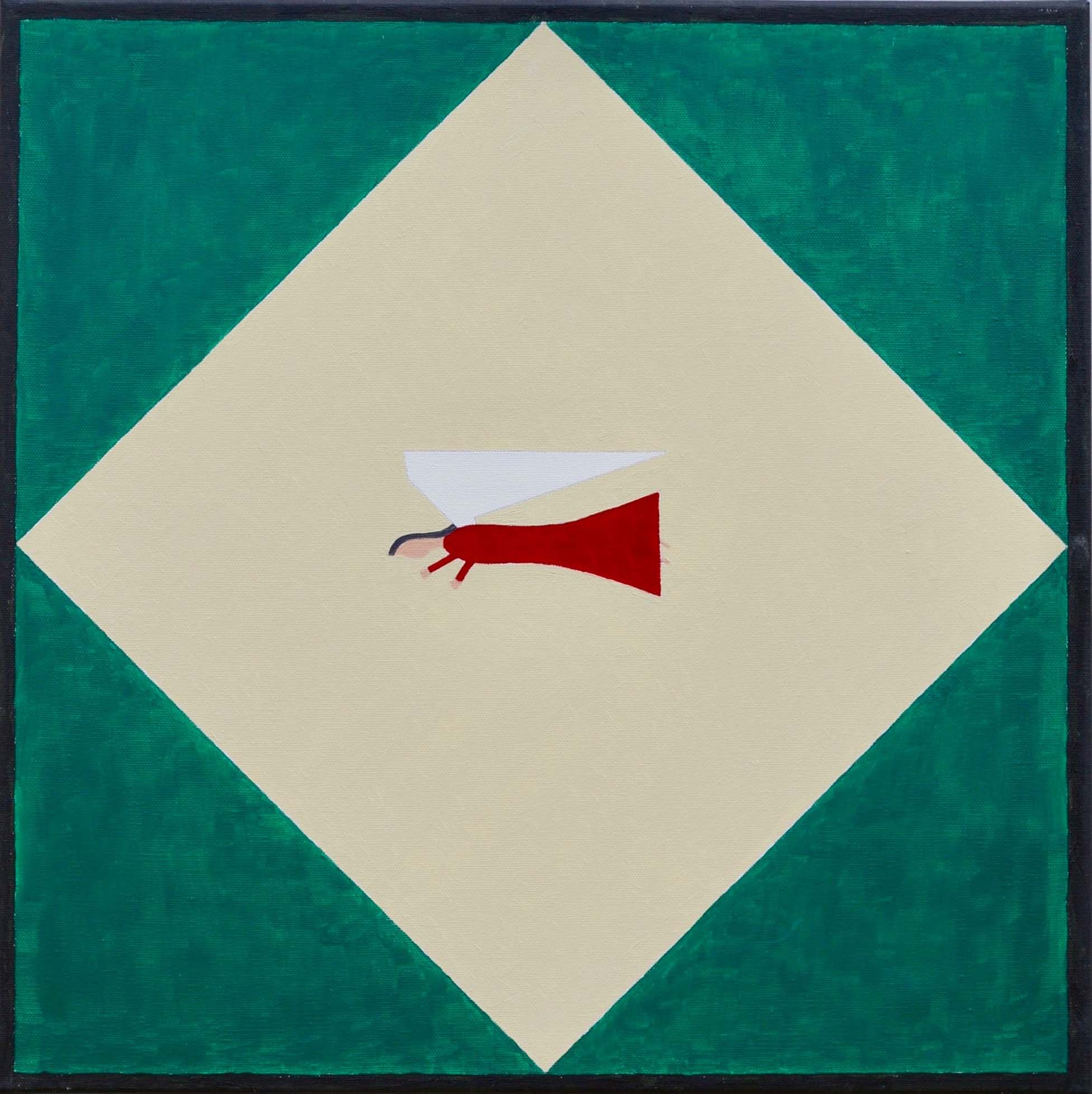 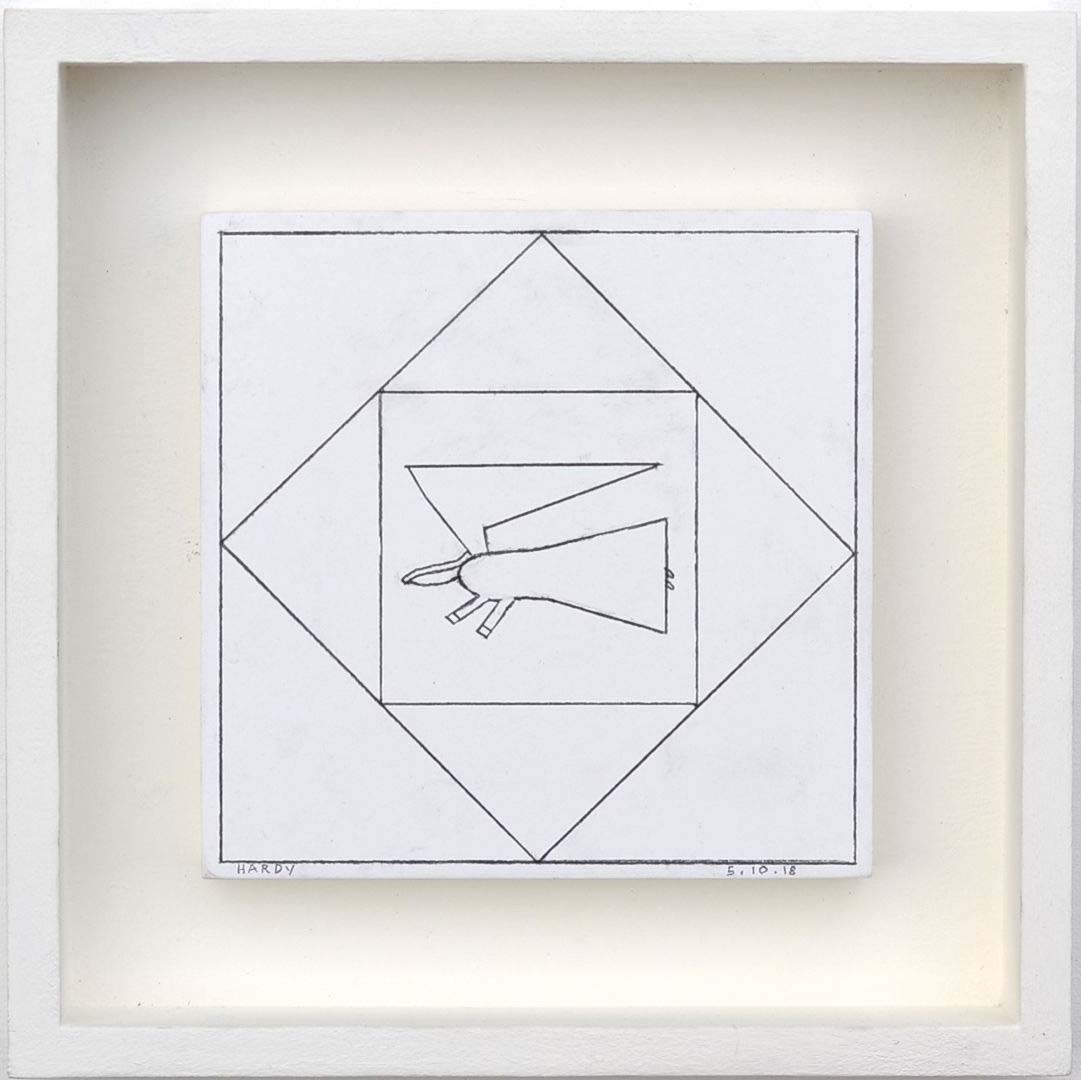 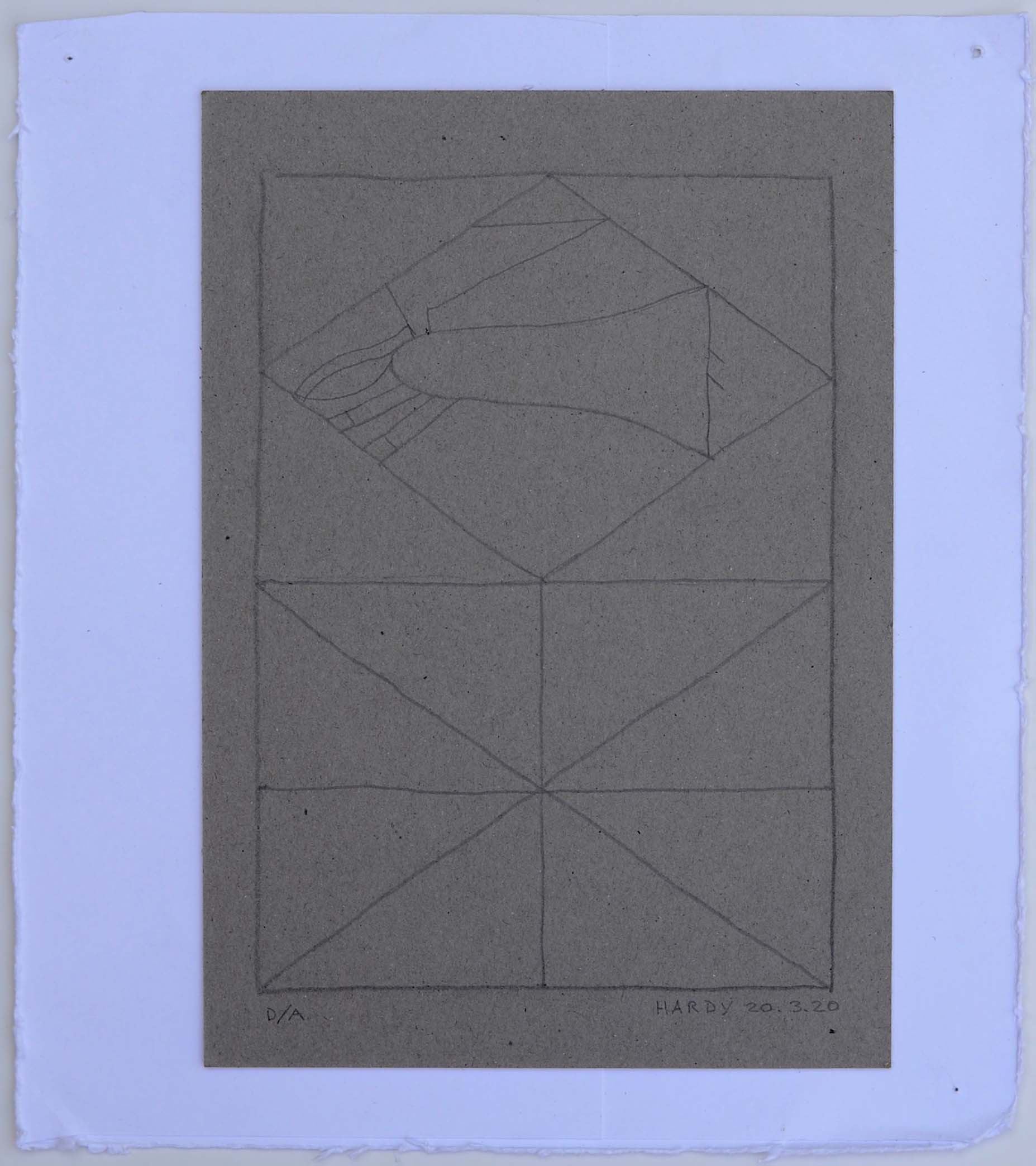 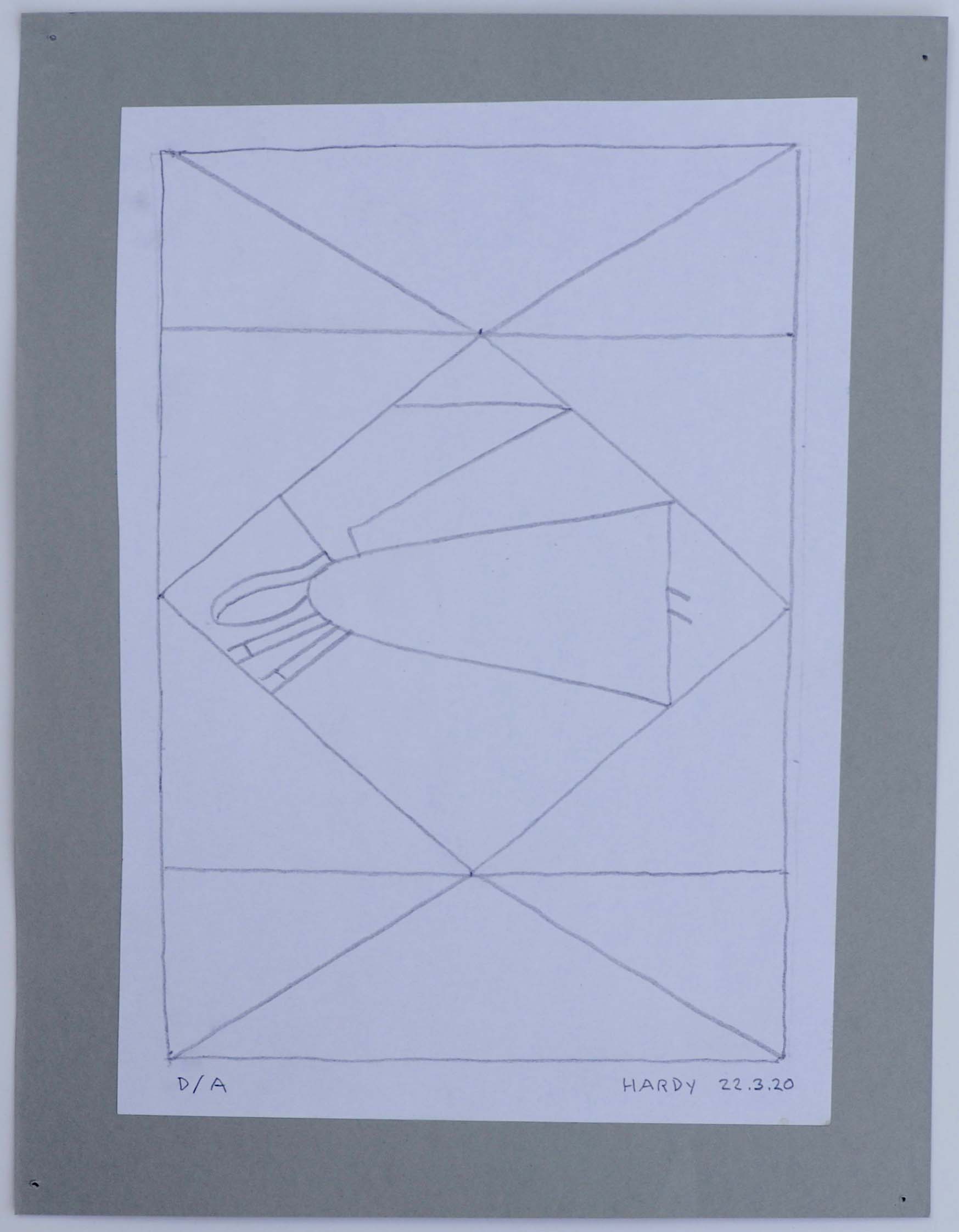